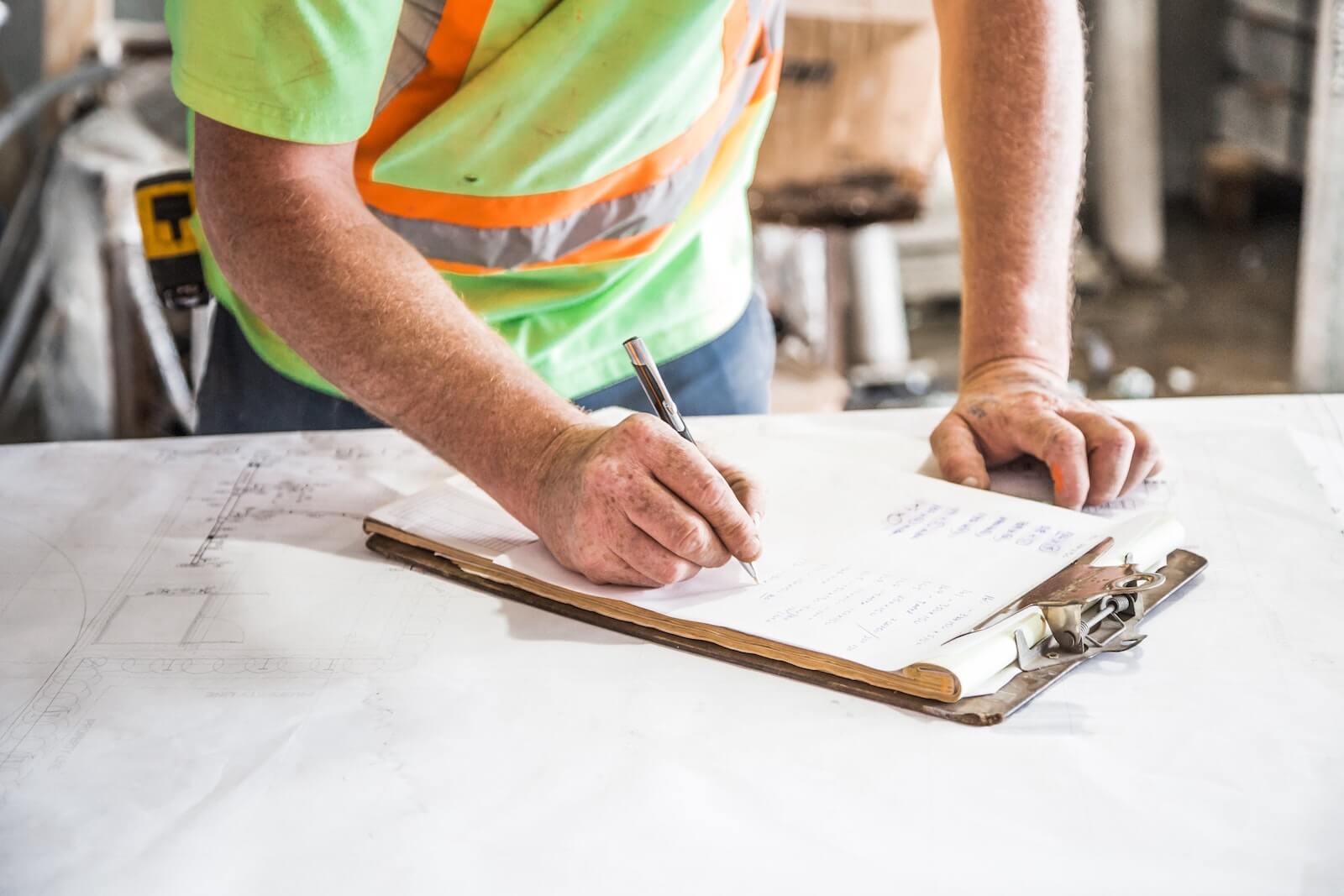 We Asked 2,000 Electricians About Their Pay and Benefits Expectations

One of the biggest challenges trade contractors experience with hiring and retaining workers is when workers don't communicate why they're leaving the company or declining an offer. Often times, especially during the application process, candidates will simply stop responding after they receive an offer. We asked over 2,000 electricians across 36 states what their pay expectations were, what benefits they most desired in a job, and other questions to better inform employers about the expectations of the electrical workforce. Below is the summary of what we found.

If you're a trade contractor other than electrical, or a general contractor, there are parallels in this data to other trades that you will find useful as well.

Wages by Years of Experience

We asked electricians across the country how many years of experience they had in the electrical industry and their hourly rate expectations. After removing the outliers and averaging the responses by year, the resulting graph is below. 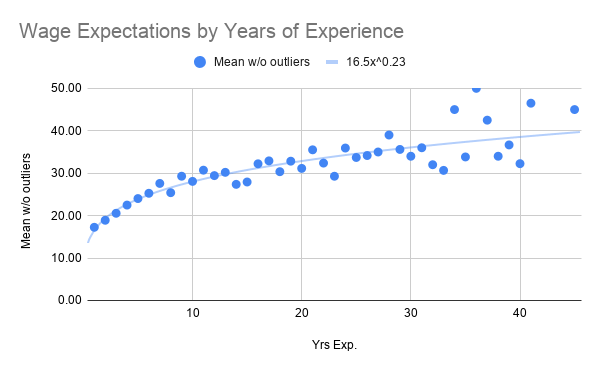 What we found was that pay expectations in earlier years was pretty consistent, but that they varies much more with more experienced electricians. That is likely for two reasons.

First, abilities and job titles vary much more later in careers than they do earlier in careers. For example, an electrician with 20 years of experience may be foreman, master electrician, or content to be an electrical installer. All three have significantly different job expectations and associated wages, whereas most electricians with fewer than 4 years of experience are typically either apprentices or helpers with relatively little differentiation in job expectations.

The second reason pay rates vary more widely at higher levels of experience is that there's simply fewer electricians with that much experience, which means that differences in pay rates have a larger impact on the overall average. 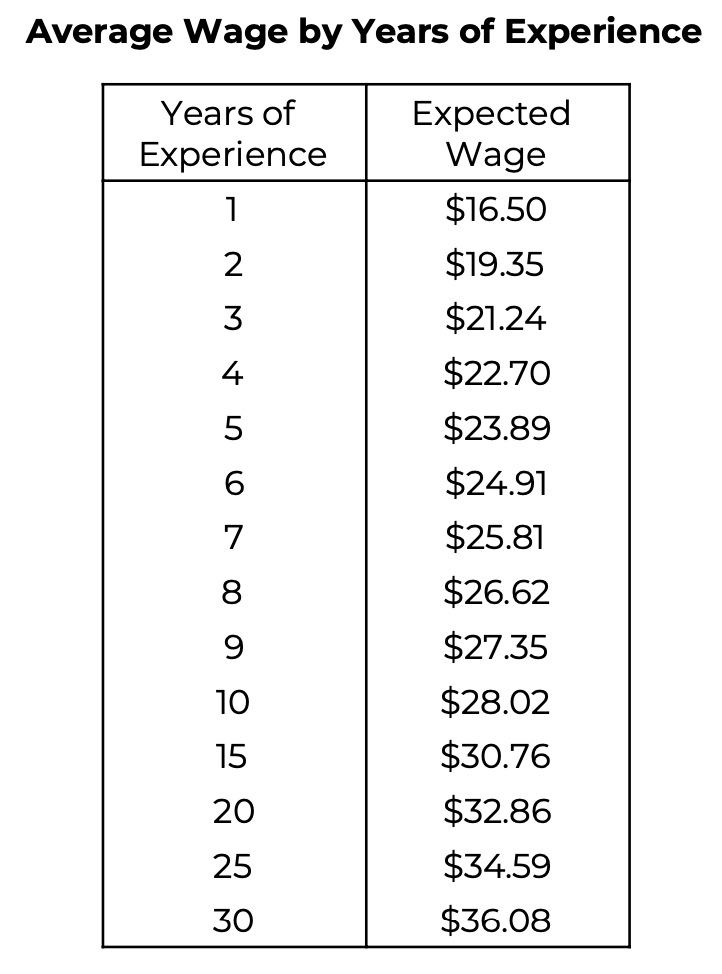 We also grouped the responses by job title to get a better understanding of what electrical contractors can expect to pay when hiring for a specific position. The results can be seen in the graph below: 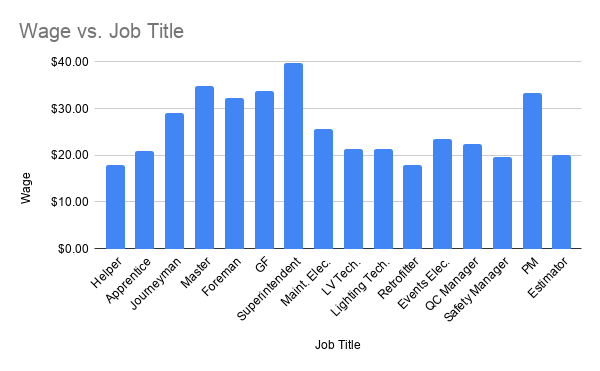 As expected, entry-level positions (helpers, apprentices, and lighting retrofitters) were the lowest earners. Once an electrician moves from the apprentice level to the journeyman level (where they're expected to be pretty self-sufficient), there's almost a 40% increase in wage expectation ($21/hour vs. $29/hour).

Pay isn't the only determining factor when it comes to construction workers accepting or declining an offer. We also asked what benefits were most important and the results can be seen below: 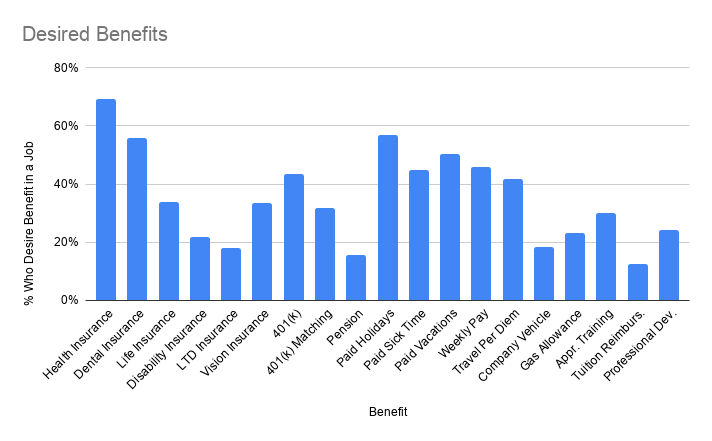 Unsurprisingly, the most important benefit to the electricians polled was health insurance, with almost 70% of respondents saying it was important for a company to offer health insurance for them to accept a job. Dental insurance is also relatively important at 56%.

The remaining benefits desired were more surprising. Paid time off (including holiday pay, vacation pay, and sick pay) were all relatively important to the group.

One benefit that we have often seen overlooked by contractors, but which we have heard is important to many workers, is being paid weekly (as opposed to bi-weekly). Close to half of respondents think of weekly pay as important to them in a job. And anecdotally, we have seen a number of candidates turn down job offers because the company pays bi-weekly.

How to Use this Data

If you're a trade contractor, consider these wage expectations when posting a job opening. If you're posting a wage rage below market value for a certain job title or years of experience, you're likely to get fewer responses or job acceptances. If you're looking to increase your retention of your workforce and don't currently offer health & dental insurance, paid holidays, or weekly pay, look into offering those options to employees. Those benefits can be costly upfront but pay off in the long run by decreasing the number of workers who leave to chase better job offers.

If you're a worker, make sure that you're getting paid your worth! Labor unions obviously negotiate this on behalf of workers, but non-union workers should keep close tabs on their own market value to ensure they're getting a fair deal.

Finally, if you're a general/trade contractor, get in touch if you have questions about the data we've collected or to turbocharge your recruiting. If you're a trade worker, create a profile with us today so that you can receive job updates that you're qualified for to ensure you're getting the pay and benefits you deserve.

Click on the button below to book a demo today